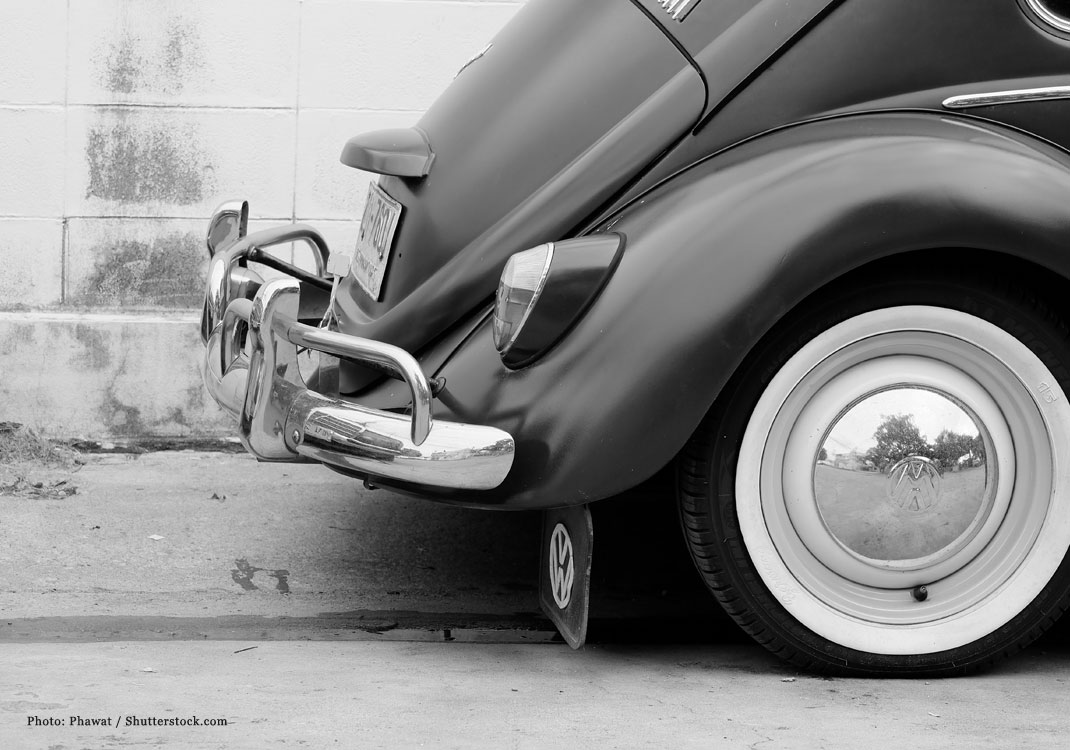 In the summer of 1945, just after the Second World War had ended, Major Ivan Hirst, a British Army Officer of the Royal Electrical and Mechanical Engineers (REME) arrived in Germany to look for a workshop that could repair and service allied tanks and transport.

He found one in an industrial town in Lower Saxony. It had been built in 1938 by the Nazi government to build motor cars. But the factory had only made a handful by the time war broke out in 1939 and production had been switched to military vehicles. The most famous of these was the Kubelwagen, a utility vehicle with a foldable canvas roof. It was to the German army what the Jeep was to the allies.

The factory also made parts for the lethal  V1 rockets or ‘Doodlebugs’ which Hitler sent across the channel into England in 1944. All this had made it a prime target for allied bombers.

When Hirst arrived, the town and its factory were in ruins, just like most of the rest of Germany. Inside the factory was a large unexploded allied bomb, a set of blueprints for a car and some associated parts. He defused the bomb and decided to recommission the factory and try to build the car. The idea was for it to provide much-needed transport for the occupying allied troops. He succeeded in making one and sent it to the allied command HQ.

Shortly afterwards, he received an order for 20,000 more.

By March 1946, with the factory roof still so full of holes that production had to stop when it rained, the British Army had  made its 1000th car. That was the Volkswagen Type 1 which became known as the Beetle.

In May 1949, the Volkswagenwerk or ‘People’s Car Factory’, was officially handed back to the Germans.

By 1955 one million Beetles had been built. 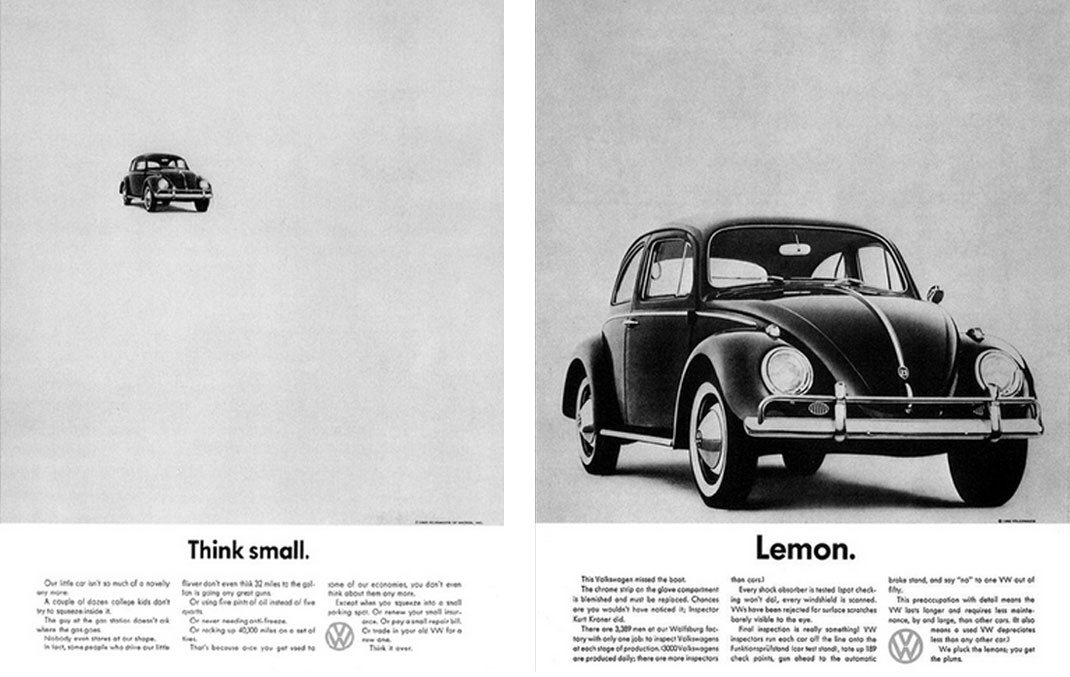 Sales rocketed in the 1960s, especially in the United States. They were driven by two things; the quality and price equation of the cars and the brilliantly effective advertising by Doyle, Dane Bernbach. The campaigns were created around a beautifully simple concept: show the car, tell the truth and don’t make exaggerated claims.

By the end of the decade approximately 15 million Beetles had been built. Together with the Kombi camper van, it became part of the counterculture that spread from the West Coast of America to the rest of the world. People loved the quirky shape and the reliability of its rear mounted air-cooled engine

While production had reached its high watermark by the mid 70s with over 16 million vehicles sold, VW realised it needed a more modern car, one with a water-cooled engine mounted in the front, that would compete with the Japanese.

So in 1974 it introduced the Golf (named Rabbit in the US), which has been in continuous production ever since. Designed for ‘everyman’, it is the true successor to the Beetle; a real modern-day people’s car. James May, one of the presenters of the BBC motoring programme Top Gear once wrote that it is the only car anyone could ever need.

And so, through a combination of good product design, hard graft, powerful advertising and effective marketing, involving  tens of thousands of people, it has become the second largest car maker in the world with three models in the motoring world’s Top Ten all-time best-sellers; the Beetle, Passat and Golf. It is symbolic of Germany’s remarkable industrial power and the country’s post-war economic recovery.

Car buyers have bought VWs in their millions believing them to be well-made, reliable, economical, and as good for the environment as anything with an internal combustion engine can be. 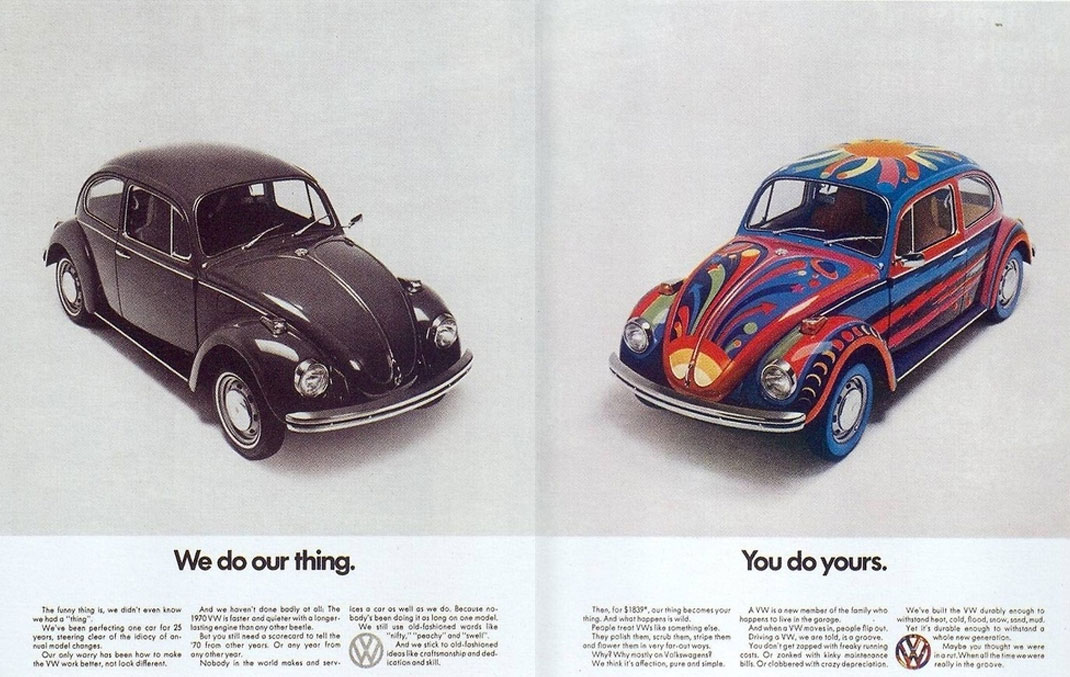 But the emissions scandal has changed all that. The company has taken its customers, and the wider public, for fools, charging a premium for clean diesel technology while using software to hide the fact that some of its engines give off 40 times more NoX than is allowed.

The full extent of the deception, and the cost to human health, is not fully understood yet, but scientists are beginning to calculate the impact. The costs to the company however are considerable.

I haven’t a clue as to what the final figures might be, but it’s going to cost the company a mind-boggling amount. I’m not an engineer but I’m pretty sure it would have been less expensive to have actually solved the emissions problem in the first place rather than disguise it.

It’s an astonishing situation for VW to be in. Its brand has been developed and nurtured for more than 60 years yet it’s been demolished, along with its finances, in less than 60 minutes. All because it put profits before people.

There’s a lesson in there for all of us, irrespective of the size of our businesses.