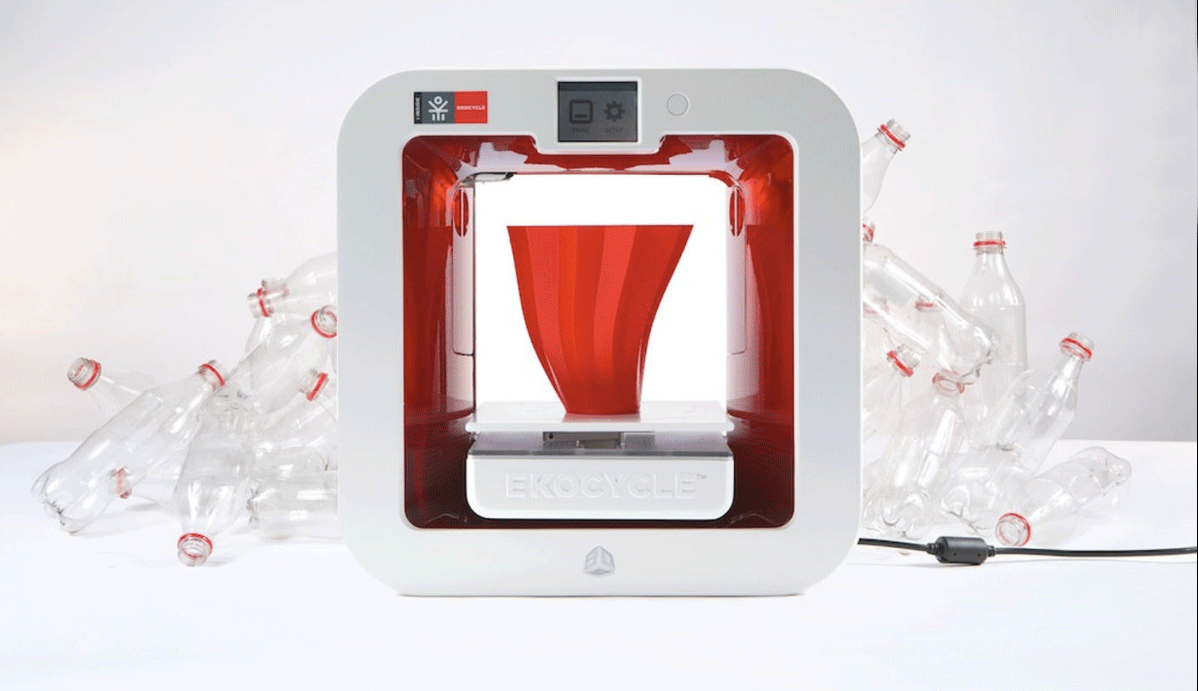 Last weekend I nearly tripped over a discarded plastic drinks bottle as it rolled across the pavement in front of me. I recognised it straight away as a Coke bottle because there’s nothing else quite like one. And as I bent down to pick it up I wondered how the Coca-Cola Company feels when its name can so easily be associated with litter. Pretty sick I would imagine.

They certainly can’t be held responsible for the lazy or careless members of society who discard their waste into the street instead of the nearest bin. Yet they do seem to want to be seen to be doing their bit to help the environment. As part of that they have recently introduced a range of plastic bottles which, according to their press releases, contain plant extracts. When you dig a bit deeper you realise that what they’ve really done is to replace the fossil fuels traditionally used to make plastic bottles with renewable ethanol from sugar cane. This means that the plastic isn’t quite as eco-friendly as it could be and the resultant bottles have identical chemistry to their traditional PET (polyethylene terepthalate) counterparts. In reality therefore, they present all the same environmental problems as if they were made from fossil fuels.

While Coke have acknowledged this, it hasn’t deterred them from trying other ways of helping the environment, and they have recently partnered with OpenIDEO to launch a recycling challenge to co-create solutions to help improve domestic recycling habits. The 11-week initiative has enlisted OpenIDEO’s 60,000 members from around the world as part of Coca-Cola’s ‘Recycle for the Future’ campaign. And in Bangladesh, the company has turned to a “Happiness Arcade” which includes gaming machines that run on empty plastic Coke bottles instead of coins.

The latest development in their recycling campaign is the introduction of a new 3D printer; the ‘EKOCYCLE Cube’, part of the EKOCYCLE™ joint initiative between Coca-Cola and will.i.am the former Black Eyed Peas frontman.

The name EKOCYCLE is interesting. When I first heard it I thought it was something to do with cycling, as in the leisure pursuit. But after seeing it in context the name makes perfect sense, even more so when you realise that the brand name COKE has been neatly incorporated into EKOCYCLE. It’s clever and creative, rather like the initiative itself. 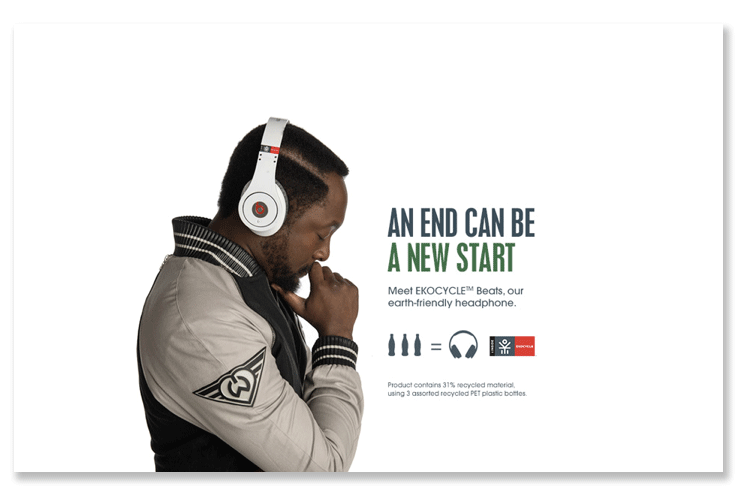 The aim of EKOCYCLE is a big one. It begins with the message “Let’s make more of what we have” and goes on to explain: “will.i.am and The Coca-Cola Company have joined efforts to launch EKOCYCLE to inspire new things made in part from recycled materials. Their shared ambition is to motivate brands and people like us to join us on our quest to make more sustainable living cool.”

The EKOCYCLE Cube is an important new part of the initiative. It is designed to recycle Coke’s plastic bottles into items you design yourself. As will.i.am says, the Cube “is not just another tool for making, it is a revolutionary tool for RE-making, and encourages and helps us to change the way we think about recycling.” He goes on to explain the goal of EKOCYCLE and the Cube is to “partner with the most influential brands around the world and use technology, art, style and inspiration to change an entire culture. We will make it cool to recycle, and we will make it cool to make products using recycled materials. This is the beginning of a more sustainable 3D-printed lifestyle. Waste is only waste if we waste it.”

The EKOCYCLE Cube will convert the equivalent of three 20 oz PET bottles into something more useful such as a pair of shoes, phone cover or ornament. Purchasers of the printer will receive a free collection of 25 fashion, music and tech minded accessories, chosen by will.i.am, so they can start 3D printing straight away. Cartridges for the EKOCYCLE Cube are available in red, black, white and natural and the Cube itself is also manufactured from recycled content; both the filament and cartridges are made in part from post-consumer recycled PET bottles. 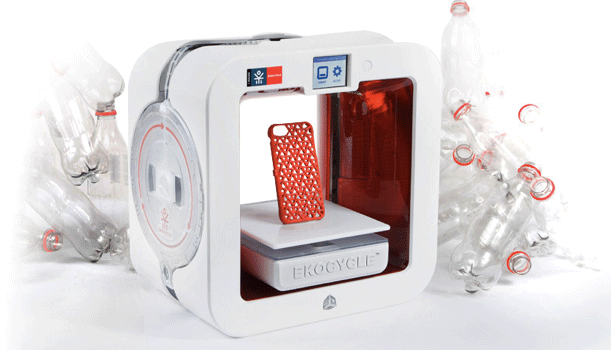 To begin with it will only be available in the US from the latter part of the year, but the price is astonishingly low; just $1200 which is about £700 at today’s exchange rate. That’s not bad considering it will print in 70-micron high-resolution at high speed and up to 6x6x6 inches in size. It also has ultra-fine supports for complex prints, a colour touchscreen, Wi-Fi and Bluetooth connectivity, and an auto-levelling print pad. There’s even a Cubify app for iOS and Android which will enable mobile printing directly from your smartphone.

3D printing is something I’ve been curious about since the 1990s. When it first appeared on my radar it really did seem to be the stuff of science fiction because, theoretically at least, it seemed to be possible to print anything. But the technology is developing at such a rate that fiction has become fact. Just think of the possibilities for medical science for example and what it could mean for hundreds of thousands of people all over the world. 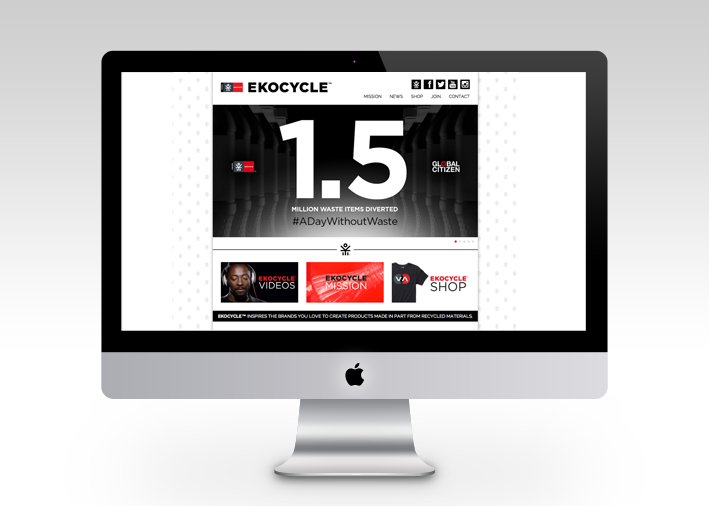 I think the EKOCYCLE concept is a great idea. And the Cube is a wonderful thing to have. It’s a lovely example of joined-up thinking or, to put it another way, something that’s been thought all the way through from the inside out.

You can see will.i.am explain more about EKOCYCLE and the Cube here and here.

When the Cube arrives in the UK I’ll be tempted to buy one. Not least because the next time an empty Coke bottle rolls in front of me I might trip over it and break a bone in my leg. With a 3D printer at home maybe I could print myself a new one.

An interesting idea isn’t it?