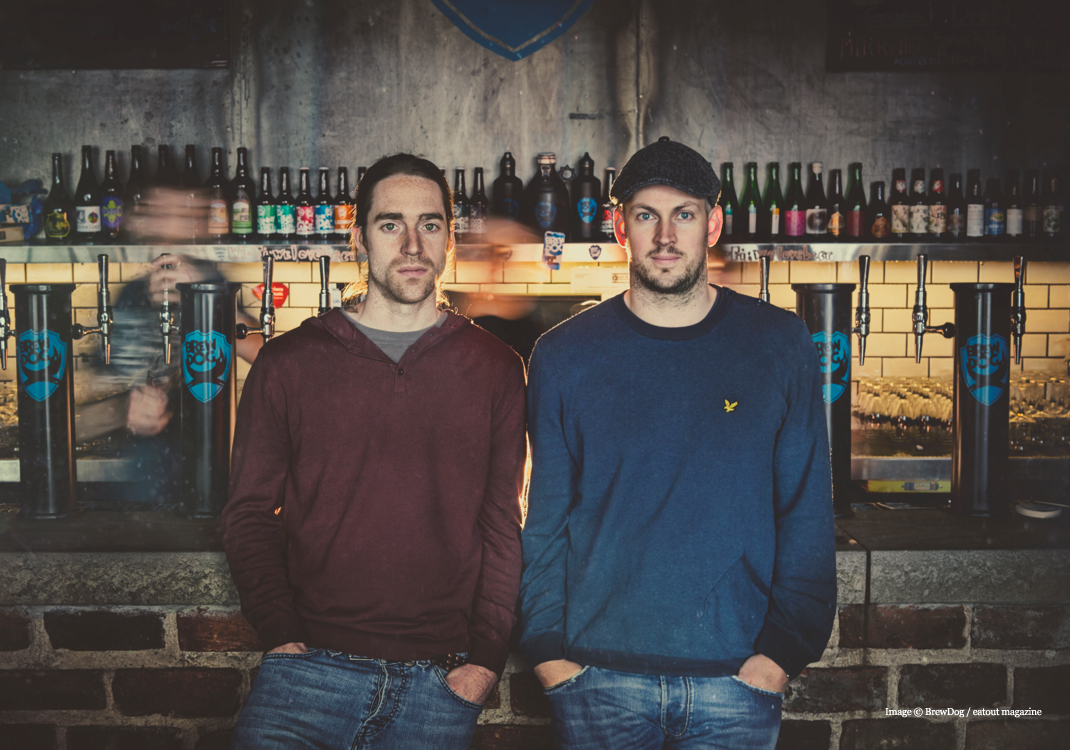 You may be aware of the term craft brewer; it’s the name given to an independently owned (and usually small-scale) brewery that produces a limited amount of beer where the emphasis is on brewing technique and flavour. Otherwise known as micro breweries, these enterprises first appeared in the UK in the 1970s and have since spread to Europe, North America, Asia and Asia-Pacific.

Probably the most well-known craft brewer in the UK is BrewDog; a brand set up in 2007 by Martin Dickie  and James Watt, two Scots who were bored with what they perceived as the bland, industrialised beers from the big breweries. What started out as a two-man-and-a-dog business five years ago now has a turnover of £20 million. And this has been achieved during the worst economic downturn the UK has seen for 60 years.

BrewDog really came to my attention when they were involved in a pub brawl with the Advertising Standards Authority. The problem began when BrewDog described itself as “a post-punk apocalyptic mother fu*ker of a craft brewery” and fell foul of the ASA which instructed the company to remove the statement from its website because it felt that the asterisk did little to disguise the use of offensive language. The ASA also felt that other memorable phrases such as ‘rip you straight to the tits’ and ‘drill the bastards’, were also likely to cause serious offence to some people.

Things took a turn for the worse when Watt (on the right above) snarled in response: “We have thousands of craft beer fans who have invested in what we do and how we do it – they are the people we listen to – not the killjoy, self-important pen pushers at the ASA in their Burton suits. Those mother fuckers don’t have any jurisdiction over us anyway.” BrewDog’s fans then took to Twitter in their droves with the hashtag
#KissMyASA.

But now the brawling is over, for a while at least, and the furniture’s back in place, I thought I’d take a look to see how BrewDog fits the inside out theory.

I have a casual, purely social relationship with beer and alcohol in general, which means that in market researcher’s terms I most likely fall into the consumer category of 1-5 units per week. So I don’t drink huge amounts and therefore I’m by no means an expert. But the BrewDog I’ve tasted so far is wonderfully different; the beers are hoppy and malty if that’s a good way of describing them, and they’re strong too; it’s worth noting that when BrewDog introduced ‘The End of History’ limited edition brew it had an ABV of 55%. 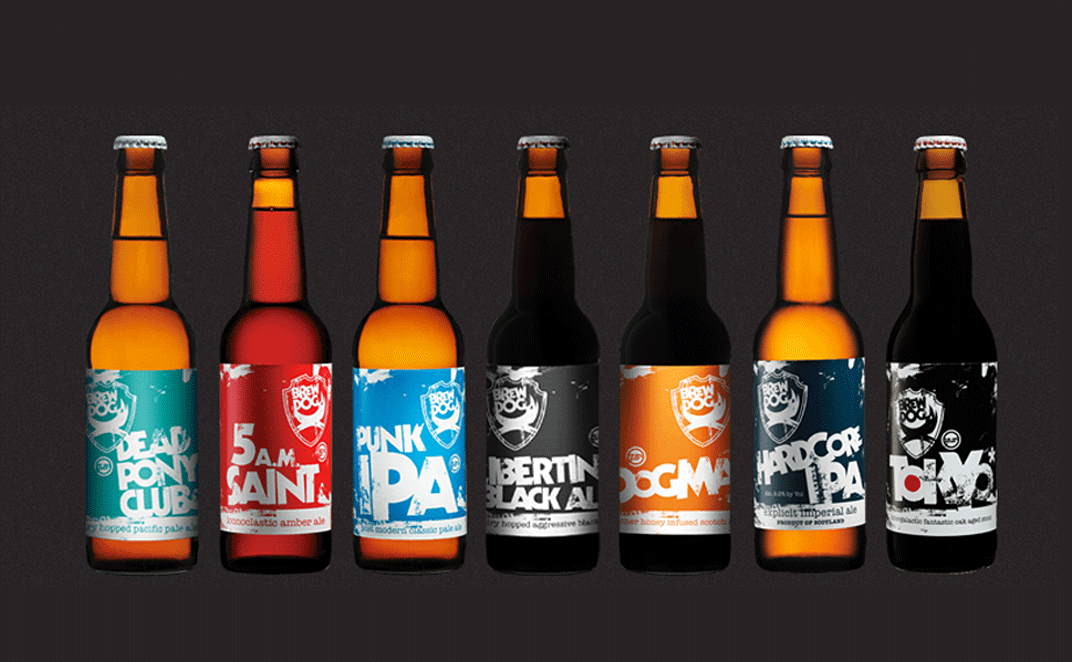 So the product is good; how about the branding? As BrewDog describes itself as ‘post-punk’
the look and feel is spot-on. There’s plenty of attitude in the logo and this extends to the labelling which makes good use of  grunged-up typography on vibrant single-colour grounds, to create powerful designs with strong and distinctive shelf appeal. The copy on the reverse is right on cue too as it really taps into the spirit of the brand.

The website? It’s good; very good in my opinion. The look and feel (yes, you can ‘feel’ a website) and the tone of voice is consistent with everything else. It  tells you exactly what you want to know, is easy to navigate and makes great use of video.  There’s plenty of info on each of the beers and it’s easy to buy them online. And you’re encouraged to mix and match, even blend your own, if you want to. 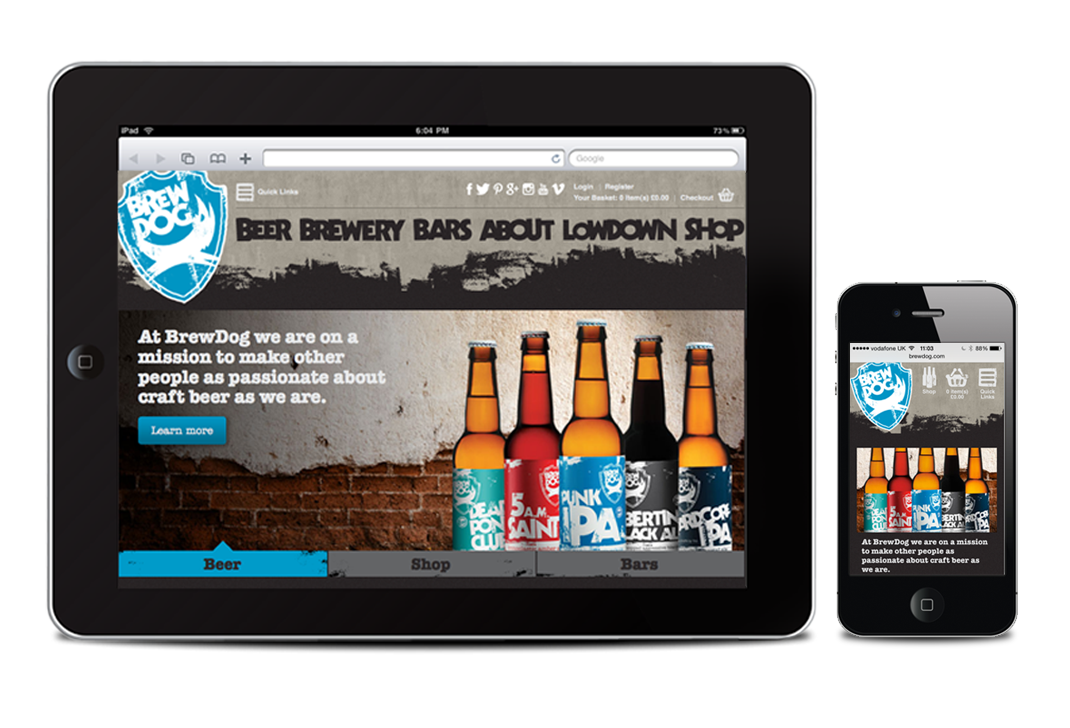 The site’s mobile version is nicely optimised and all of the functionality is carried over so it’s a great tool even if all you want to do is find your nearest BrewDog bar.  The responsive design works across all platforms and there’s an additional stripped-down version with easily legible black text on white for those who want things simplified.

BrewDog’s bars are great places to be; there are currently 13 of them in the UK with more planned. Walk into any one of them (or the ones in Japan, Brazil or Sweden) and you’ll find craft beer fans relaxing in well-designed post-modern, post-industrial spaces filled with reclaimed industrial furniture, concrete, exposed brickwork and steel. The business invests heavily in its people, so whoever you meet behind the bar will be friendly, knowledgeable and well-trained. 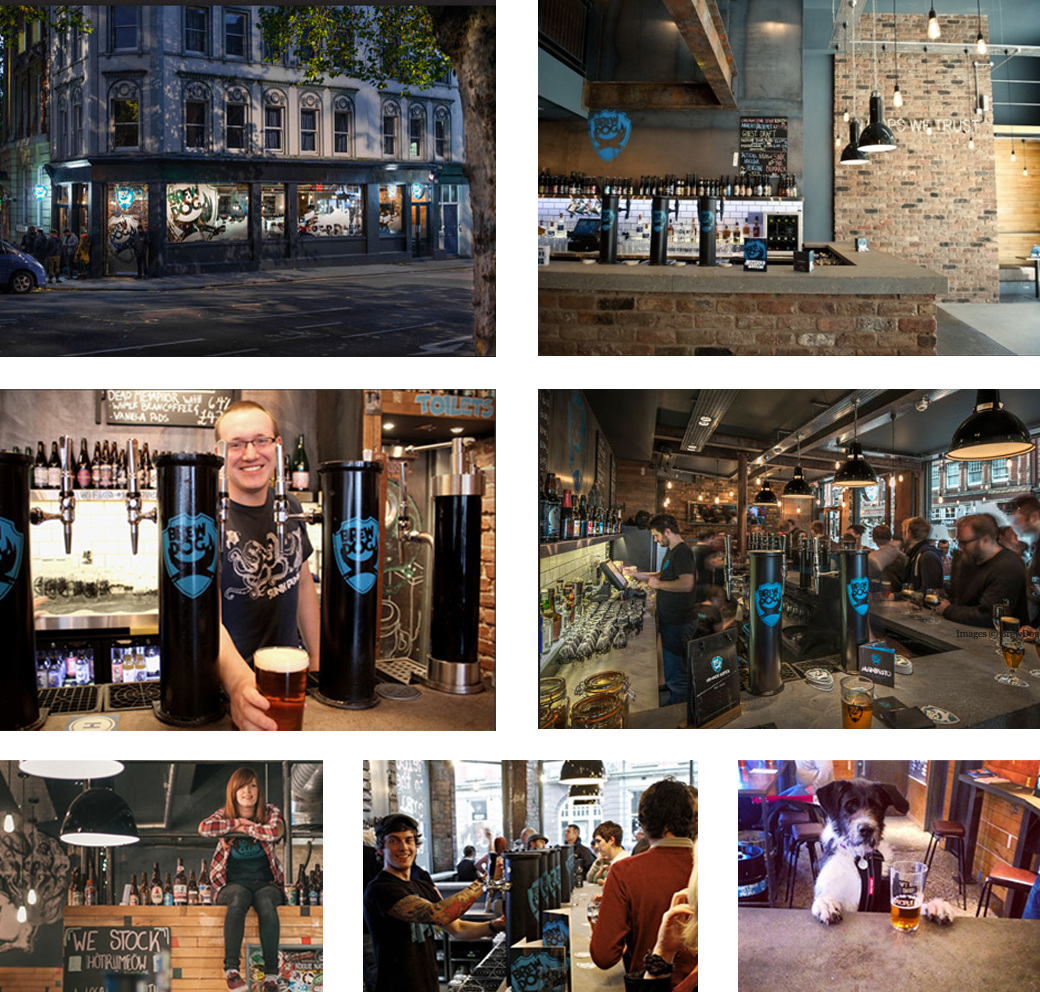 I believe BrewDog’s success is down to some sound principles:

I never really got into punk (the Sex Pistols stuff passed me by) but I loved some of the art and music that influenced it, especially from people like Andy Warhol, Lou Ree and John Cale, yet the anarchic nature of BrewDog’s post-punk culture demonstrates that is has cleverly tapped into the zeitgeist of its target audience. I think it’s a perfect example of a brand developed from the inside out.

What do you think? Take a look at www.brewdog.com. Or better still, visit any one of their bars (but please don’t even think about driving anywhere afterwards).